Over the next couple of months, I want to make a self-driving car. Okay, I know that sounds really fancy, and honestly even I am not sure how big a failure it will be, but there’s no harm in trying, and it will be a learning experience either way. I have decided to share this journey with the world through my personal blog so keep following me over the next couple months to see how far I can go. And if you have any suggestions to help me along the way, I’m all-ears! I am doing taking up this challenge with the goal of learning, after all. (Learning what, you ask? I will be able to tell you only after I am done with this project.)

Turns out, programming a self-driving car is not as difficult as all the big companies make it seem:

In all seriousness though, we need to have a solid plan about how we are actually going to make the self-driving car. First, let’s clearly define the scope of this project; after all, people have wildly different ideas about what constitutes a self-driving car.

The ultimate goal of this project is to build a self-driving RC car (1/10th scale) that will be able to compete in the DIY Robocars Oakland races. You can check out the links for more information, but here is a summary: about once every 2 months or so a bunch of smart people who’ve made their own self-driving RC cars meet up in a warehouse in Oakland and race their creations. Since I happen to live only about 12 miles from there, I have no reason not to go there.

So I will call this project a success only when I successfully make a self-driving car that is able to meaningfully compete in one of those races.

How to get there

Now that we have a clear picture of what I want to do, let’s break this problem down into simple, tangible parts that can be coded or built.

As a simplification, I have decided not to worry too much about hardware until the software is ready. The only thing I can say with certainty at this point about the hardware is that it will be a 1/10th scale RC car with a single-board computer onboard (a Raspberry Pi or some slightly more powerful board) along with a camera and an IMU. As for LIDAR, I am not sure whether I will need it or not, and I certainly don’t want to buy a LIDAR sensor right now only to find out later that I don’t need it, so I am going to take care of the software side first. 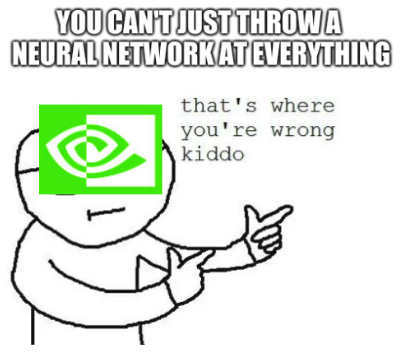 On the other hand, if we make a lane-detecting algorithm, we will know for certain that it will behave just as reliably on any track as long as the lane lines are visible. However, such feature-engineering has its own drawbacks, namely the inability to generalize. While making such an algorithm, we must come up with and handle all possible cases that the algorithm will encounter, because if it encounters a situation that we did not consider, we know exactly what will happen: it won’t work.

So we need to find some middle-ground, some Goldilocks zone between an end-to-end deep learning model and a pipeline consisting of feature-engineering only, which will combine the best of both worlds. This will be the primary challenge of this project.

I have decided to approach this by starting with some feature engineering for finding lanes and other objects in the scene and then helping the model generalize using reinforcement learning (RL). I will use the CARLA simulator (version 0.8.2, the stable release) to train my RL models. Then I will test my models using both the CARLA simulator and the donkeycar simulator, which has tracks that more accurately represent the environment in which the donkeycar Oakland races are held. CARLA is great because not only does it have all kinds of sensors like cameras, IMUs and LIDAR, but it also allows the user to choose between multiple weather conditions and simulates other vehicles (cars, trucks) on the road and pedestrians crossing the roads. And on top of all that the simulator detects when the car hits another object and gets out of its lane; these can be important reward signals for reinforcement learning.

Making a lane detector is not a very complex problem. The Udacity self-driving car nanodegree includes exactly that as their fourth project, so there are no less than a dozen GitHub repos that contain code for lane detection (just google it or search it up on YouTube). In fact, once you understand all the concepts involved, it can it can be implemented in an afternoon. At this point, I would suggest you watch a video on that or read through some blogpost that explains the pipeline, otherwise the following might not fully make sense.

The biggest problems with the “advanced lane detection” algorithm are that:

I can think of the following solutions to these problems (in order):

So here’s what I am going to be doing next:

In the coming days I will work on all this and keep y’all updated on this blog, so please come back soon! Future posts will be more like tutorials and all the code for this project will be available on my GitHub. (I will make the repo later, so make sure to check out my next blog post!) Also feel free to leave any comments/suggestions that you might have for me. I am only starting to blog, so I probably have a lot to learn. And while I have some knowledge of robotics, I am no expert in this field, so please tell me if I am doing something stupid. Finally, please share this with people who might be interested in content like this as it will help me (and they might also end up learning something new!).